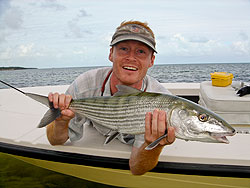 Adam’s life has revolved around fly fishing and fly-tying from an early age. He was winning competitive fly-tying competitions by age 12. His passion was further fueled while working at Eledredge Brothers fly shop in southern Maine – where he grew up on the water. The wind and tides carried him across the country to Northern California where he fished for wild west coast Steelhead and graduated from Humboldt State University. 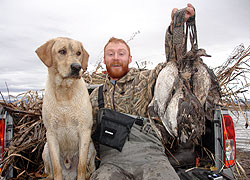 Adam started his guiding career in Western Montana were he guided for 15 years on the remote Smith River, and south fork of the flat head in the Bob Marshall Wilderness, as well as many other Montana rivers. Adam has been providing guided trips since 2000, bouncing back and forth between the Upper Florida Keys and Louisiana October through December.

Adam is a licensed United States Coast Guard Captain. He is an independent owner and operator of his boat and runs his own business. Every day he strives to put clients on fish, but, more importantly, to figure out what will help his clients to catch fish. A successful day on the water is not just about catching fish, however. It is also about being outside, on the water and enjoying the natural environment. He spends most of his time in the Upper Keys  Biscayne Bay, Everglades National park, and the surrounding waters in his Hells Bay Biscayne. 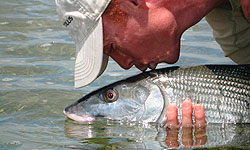 Adam’s specialty is fly fishing, but he also fishes light tackle spin. He welcomes all experience levels; from veteran anglers looking to increase their tally of back breaking tarpon to a first-time saltwater novice. Come spend a day and see for yourself.